What is Anorexia Nervosa?
Anorexia Nervosa is a psychological disorder characterized by one’s complete aversion to food. It is caused by an impaired perception of body image, which results in an intense fear of gaining weight.

Anorexia nervosa is physically manifested by a critically low body weight. Because of poor self-image, patients suffering from this disorder intentionally restrict food intake. In addition, they may resort to other potentially harmful methods to continue losing weight like misusing laxatives and diuretics or vomiting after meals.

What is Bulimia Nervosa?

Bulimia nervosa is an eating disorder that causes a person to binge eat large quantities of food in a short space of time. This also leads to
obsessive purging to get rid of the calories. This harmful cycle can lead to a range of physical and mental health issues and can affect anyone at
any age.

An eating disorder is an illness that causes serious disturbances to your everyday diet, such as eating extremely small amounts of food or severely overeating. A person with an eating disorder may have started out just eating smaller or larger amounts of food, but at some point, the urge to eat less or eat more spirals out of control.

Left untreated, eating disorders can result in severe medical and psychological conditions, affecting not only the person with the disorder, but their relationships with family and friends. Intense focus, distress or concern about body weight or shape may also characterize an eating disorder. Eating disorders generally appear during the teenage years and young adulthood, though they may also develop during childhood or later in life. Common eating disorders include Anorexia, Bulimia, Binge Eating Disorder, and EDNOS. 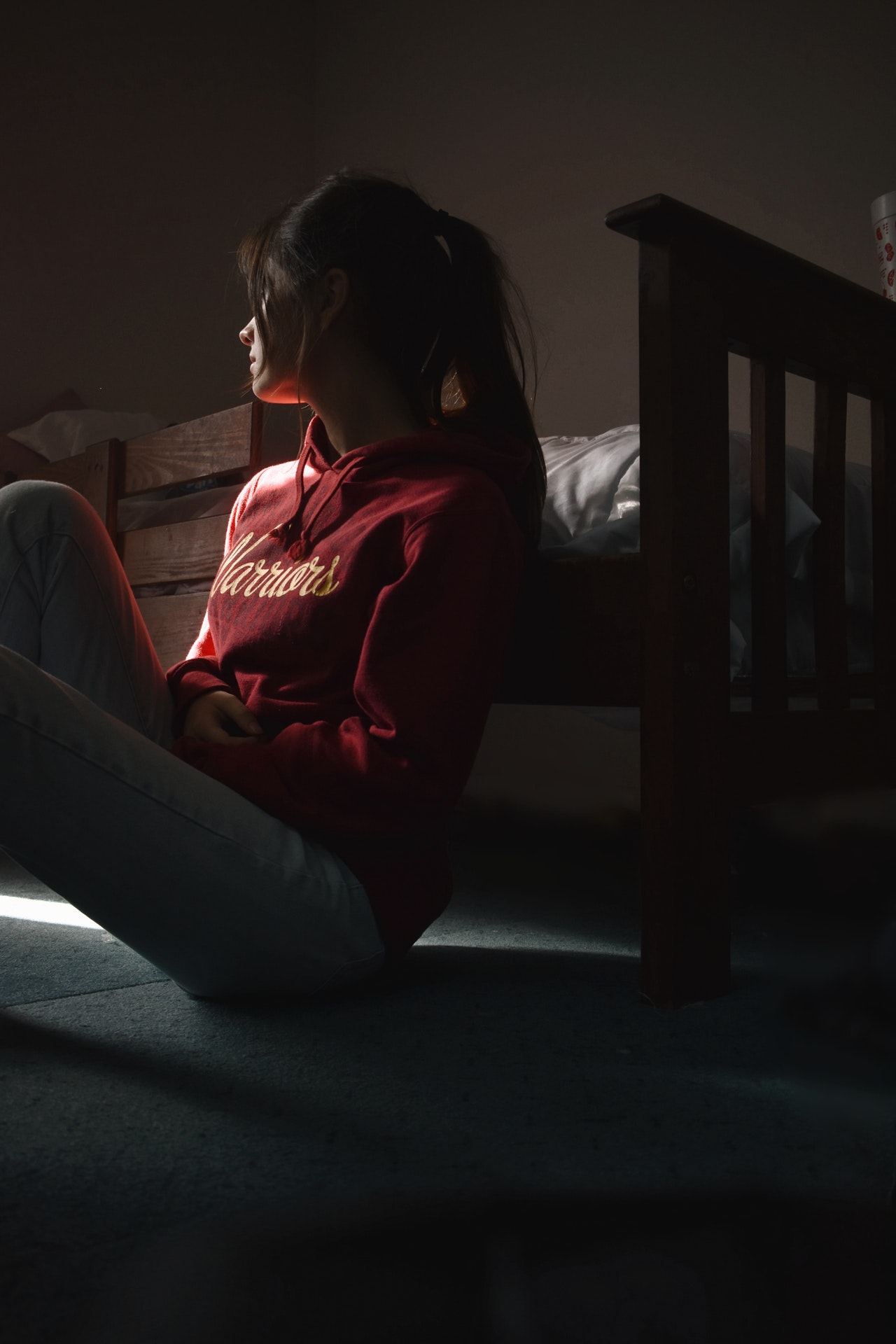 Anorexia is a condition commonly defined as self-induced starvation.This definition can be misleading because a person with anorexia is often hungry but will refuse to eat by denying their own hunger and need for food as a result of an intense and distorted fear of becoming fat. Other symptoms include excessive calorie and fat restriction, weight loss, as well as obsessive thoughts of food, food preparation and the extreme worry about body shape and size. Read more about our Anorexia treatment approach here.

Atypical Anorexia
With atypical anorexia nervosa, the individual falls within or above the normal weight or body fat range for their height and age. The atypical anorexic will present with the intense fear of gaining weight or becoming fat, accompanied by a distorted self-image, and may engage in restrictive intake, fasting, or excessive exercise. 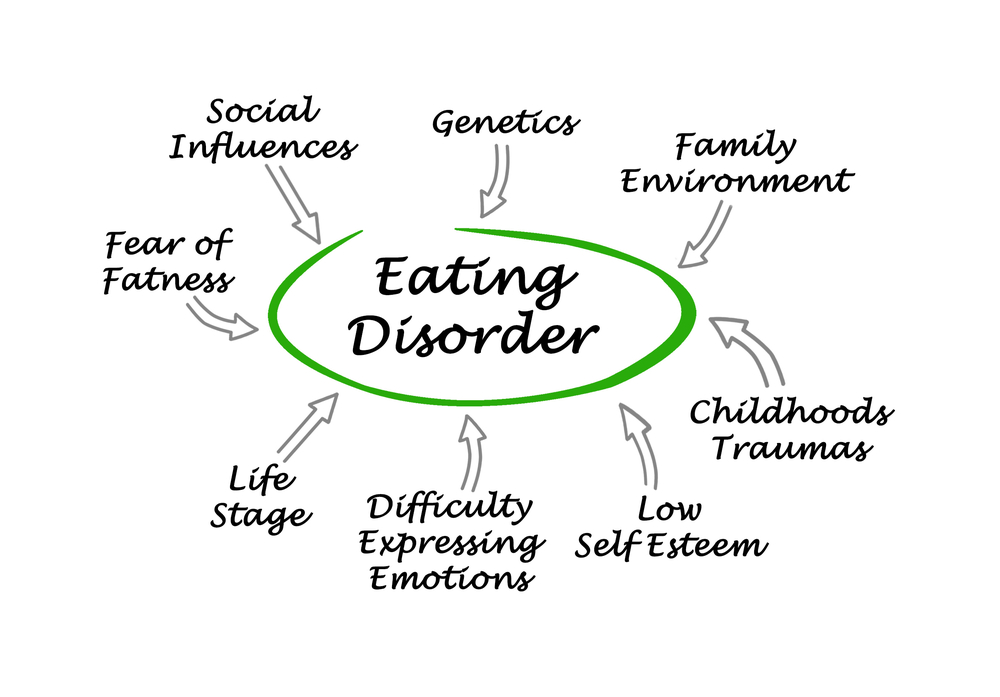 What is Avoidant/ Restrictive Food Intake Disorder (ARFID)?
ARFID is very similar to anorexia without the drive for thinness and does not accompany a distorted body image. Classic signs of ARFID include significant weight loss, nutritional deficiency, and a marked interference with psychosocial functioning. Avoiding food or eating, a lack of interest in food, and a concern about eating food are all signs of ARFID. The condition can also be accompanied by a negative response to food intake including choking or vomiting.

Bulimia is quite often a secretive cycle of binge eating followed by engaging in behaviors such as purging or using laxatives to prevent
weight gain.

A binge consists of eating an amount of food that is definitely larger than most individuals would eat under similar circumstances. People struggling with Bulimia will compensate for the binge eating in two ways; Purging and Nonpurging. Purging behaviors include self-induced vomiting and using laxatives and diuretics. Non-Purging behaviors involve excessive exercise and alternating periods of strict dieting or fasting. Read more about our Bulimia treatment approach here.

What is a Binge Eating Disorder?

Like those with Anorexia or Bulimia, those struggling with Binge Eating Disorder also suffer from the consequences of a serious eating disorder, though until recently, that was not always recognized to be the case. Until May 2013, there were no official diagnosis for Binge Eating Disorder. Read more about our Binge Arizona Eating Disorder Treatment approach here.

Many people who have eating disorders do not meet all the diagnostic criteria for either Anorexia or Bulimia. For example, if someone is 14 percent below the ideal body and the diagnostic criteria indicate that they have to be 15 percent below to have Anorexia Nervosa, then, they do
not officially meet the diagnosis. This holds true for someone who has been binging and purging numerous times a day, but for less than 6
months; which is the duration necessary for the diagnosis of Bulimia. However, the eating disorder is just as real and serious as when all diagnostic criteria are met. Yet, the official diagnosis will be stated as EDNOS. The tendency to minimize the magnitude of intrusiveness of the eating disorder behaviors and to believe that there is “no real problem” is a position that is frequently, and errantly, held.

Eating disorders often present with other conditions that need to be addressed during the treatment process. Although the primary
diagnoses treated at Canopy Cove are Anorexia Nervosa, Bulimia Nervosa, Binge Eating Disorders, EDNOS, and co existing diabetes, our
treatment team is also experienced in providing professional help to those who are experiencing other physical and psychological conditions.

For starters, both can be life-threatening – but the risk of death is even greater when they co-exist. There is a high focus on “control” in the
management of diabetes and it becomes familiar to make control a priority in its’ day to daycare. Controlling blood glucose, controlling food intake, controlling urges, controlling the timing of testing and injections, and adding exercise to the daily routine for diabetes is recommended for most who have this disease. Likewise, control is also a primary issue for those who struggle with Anorexia, Bulimia, and Binge Eating Disorders.
Often believing that controlling food and weight is the one thing that can be controlled in their chaotic world seems to bring about a sense of stability. So it becomes an easy transition for many women and men who have developed diabetes to fall into the trap of an eating disorder.

Dia-bulimia is an eating disorder that is exclusive to those who suffer from type 1 diabetes. This eating disorder occurs when people who are insulin-dependent omit or delay the administration of insulin or intentionally under-dose themselves to maintain a hyperglycemic state after eating or binging in an attempt to induce weight loss or prevent weight gain. The misuse of insulin is a form of purging — maintaining a hyperglycemic state essentially forces the body to release ketones into the urine rather than the body storing it as fat. 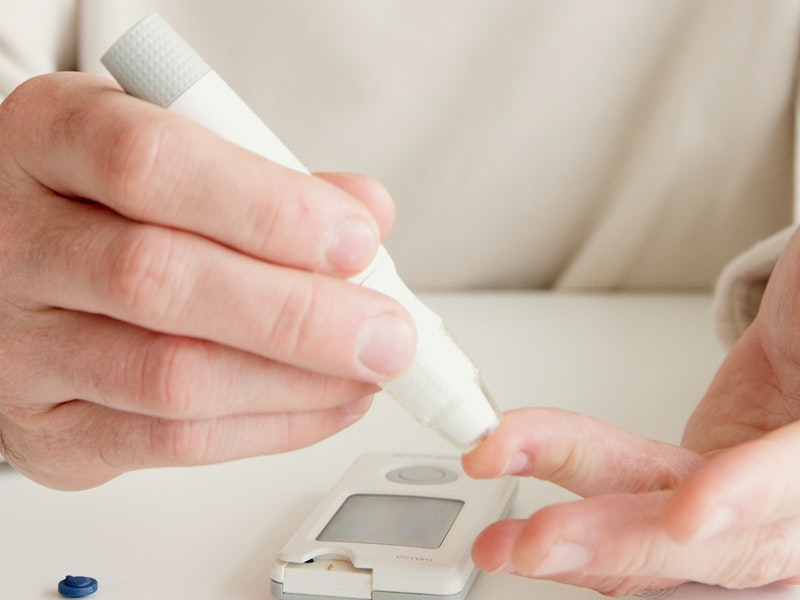 Although an eating disorder is about more than just food, we cannot neglect the damage it has on the body, specifically with regard to the
malabsorption of nutrients and damage to many organ systems.  It is for this reason that an eating disorder can often be masked by a medical diagnosis addressing a physical abnormality that presents with similar signs and symptoms. A person suffering from untreated Celiac Disease often experiences rapid weight loss, nausea, vomiting, bloating, and abdominal discomfort. These same symptoms could also be observed in an individual struggling with an eating disorder.  Although there is very little research that has been conducted on the correlation between Celiac Disease and
eating disorders, we believe that there are elements of both disorders that could provide a potential link between the two diagnoses, therefore
requiring an individualized therapeutic and nutritional approach to recovery. The treatment team is equipped to provide the nutritional support necessary for the dissolution of Celiac symptoms, thereby allowing the client to focus on the underlying issues instead of food.

Orthorexia is not yet recognized as a formal eating disorder by the Diagnostic and Statistical Manual (DSM), but is considered a serious
eating disorder. A person who suffers from orthorexia becomes so fixated on only eating what they consider healthy to a compulsive or excessive state in a way that becomes damaging. Dieting, clean eating, and other forms of heavily modified nutrition regimens are not considered a disorder unless the fixation becomes damaging to the individual’s well-being.

Signs of orthorexia include:

What is a Purging Disorder?

Purging disorder is similar to bulimia only in the fact that it involves purging or attempting to rid the body of food — either by intentional vomiting or use of laxatives. A person who suffers from purging disorder does not binge eat and may purge any food eaten or without the intake of food in an attempt to lose weight or change the shape of their body. 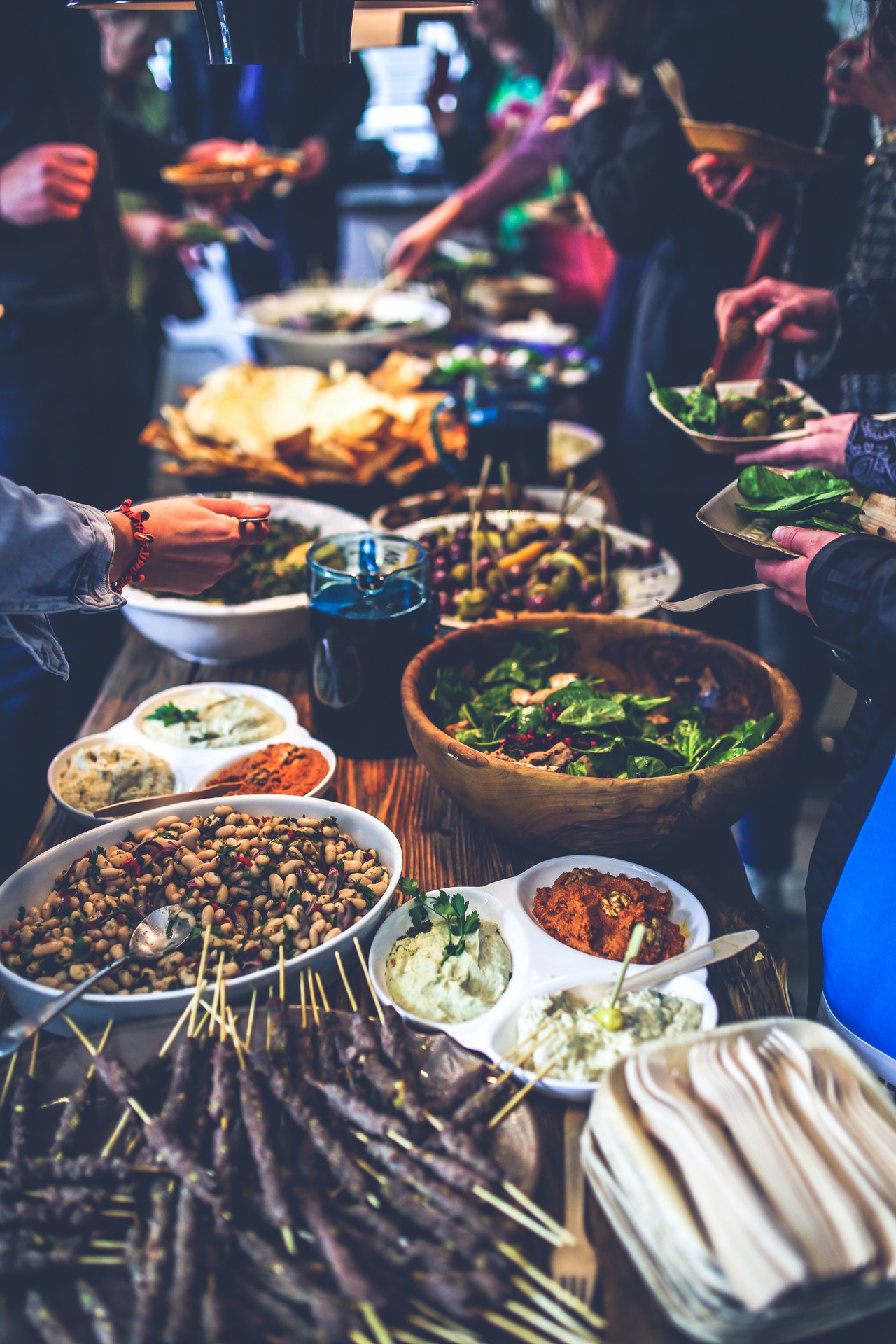 In today’s society, choosing to be vegetarian is often viewed as a healthy lifestyle change complete with many nutritional benefits. However, vegetarianism can also be used as a socially acceptable way to mask food fears. Because the nature of this nutritional approach is the avoidance of certain foods, individuals with eating disorders are often drawn to this lifestyle as a means to continue more restrictive eating behaviors without attracting suspicion from others.

What is Binge Eating Disorder?

Binge eating is also commonly known as ‘compulsive eating disorder.’ Unlike anorexia and bulimia, this eating disorder triggers a person to vastly overeat in a short space of time. This behavior can lead to unhealthy body image and obesity, which can have lasting effects on mental and physical health.

What is an Avoidant/Restrictive Food Intake Disorder?

This is a condition in which a person does not consume enough food to sustain their bodies appropriate nutritional and  energy requirements.

What is Orthorexia Nervosa?

Orthorexia nervosa, is an eating disorder that involves an unhealthy obsession with healthy eating. Unlike other eating disorders, orthorexia mostly revolves around food quality, not quantity. Unlike with anorexia or bulimia, people with orthorexia are rarely focused on losing weight.

You can turn your life around today.

We recognize that each individual has a unique story, and his or her own distinctive strengths and challenges.  With input from the individual, his or her loved ones, and our experts, we develop an Arizona Eating Disorder Treatment plan for each individual.

We specialize in Arizona Eating Disorders